Alpha peptide resurfacing belongs to superficial or medium depth chemical peels, depending on the concentration of alpha hydroxy acids and pH levels. Alpha peptide peels have been especially designed to address the problems of withering skin showing signs of aging.

This kind of treatment facilitates renewal of cells of dermis and epidermis, makes deep wrinkles less visible and removes fine lines. It also provides a good lifting effect and moisturizes skin. It is suitable for any skin type with signs of aging, particularly for dry skin. Alpha peptide resurfacing is one of the best solutions for women from 30 to 45 years old.

• Allergy to any component of a peel solution
• Any scratches, skin damages, and loss of skin integrity
• Active herpes infection
• Fresh tan
• Exacerbation of chronic diseases
• Skin infections
• New growths
• Pregnancy and lactation
• Pancreatic diabetes
• Cardiovascular diseases and hypertension
• Cold-related diseases and fever
• Any damaging treatments less than 2 months ago
• Use of retinoids less than 2 weeks prior to the peptide peel treatment
• Facial hair removal less than 2 weeks prior to the peel treatment


Mechanics of an Alpha Peptide Peel

The effect of alpha peptide resurfacing is associated with the activity of such peel solution components as alpha hydroxy acids and peptides. Alpha hydroxy acids are capable of moisturizing skin and exfoliating dead cells. Besides, they assist peptides, which have low molecular weight, in penetrating into dermis where they start demonstrating their specific abilities – activating regenerative processes and production of fibroblasts, responsible for synthesis of collagen, elastin, and hyaluronic acid. Moreover, some peptides show properties that are similar to the activity of botulinum toxin. As a result, the considerable rejuvenating effect is achieved. 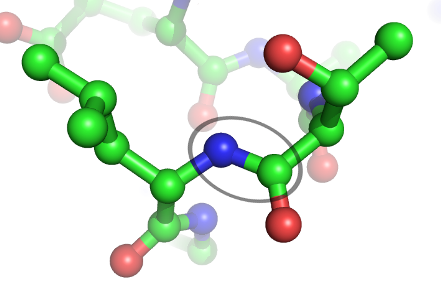 Peptides and Their Peculiar Properties


PEPTIDES are molecular compounds, both found in nature and synthesized, that consist of amino acid monomers, which are linked by peptide (amide) bonds. Instead of amino group, they can contain, for instance, the carboxyl group.
Nowadays, more than 1500 peptides are known. Scientists have studied their properties and learned how to synthesize them.

There are peptides in all living cells; they are active participants in all processes of a living organism. Both hormones and enzymes contain peptides. Peptides take part in regenerative processes and digestion; influence the immune, nervous, and vascular systems, and provide a pain alleviating effect. Some peptides can produce multiple results simultaneously. It is possible to synthesize peptides with particular properties, and thus, to create pharmaceuticals and cosmetological products that effectively address particular problems in medicine and esthetics. Peptides in the peel solution are aimed directly at achieving particular results; at the same time, they have no side effects such as skin flaking, hyperpigmentation, and irritation. 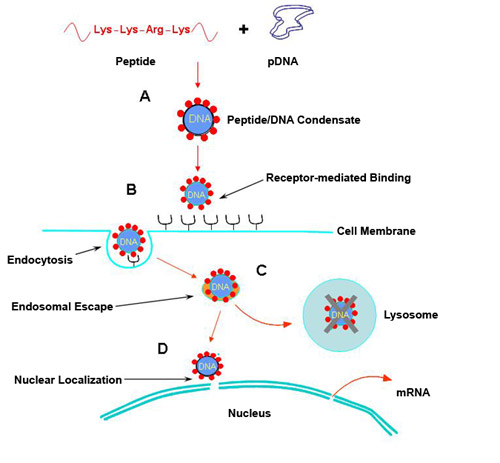 The term "peptides" was first used in 1900 by Hermann Emil Fischer, a German biochemist specializing in organic chemistry. He assumed that peptides are chains of amino acids formed by particular bonds. At first, the peptides were produced from enzymatic protein hydrolysates; then, in 1905, Fischer developed the general method for peptide synthesis and used it to synthesize a number of oligopeptides with various structures in a laboratory environment. The first peptide hormone – oxytocin – was synthesized in 1953 by American biochemist Vincent du Vigneaud. Later, automated peptide synthesizers were invented. They were based on the principle of solid phase peptide synthesis, which was discovered in 1963 by Robert Bruce Merrifield, an American biochemist who received the Nobel Prize in Chemistry for his research. The invention of automated synthesizers triggered discovery and production of new synthetic peptides, for instance, the hormone insulin.


1. Depending on the number of amino acids in their molecule:


2. Depending on their chemical composition:

1. Hydrolysis of homomeric peptides results in creation of amino acids only.

2. As a result of hydrolysis, heteromeric peptides can form compounds different from amino acids. They are naturally called after the group that is created, i.e. glyco-, lipo-, nucleo-, phosphopeptides etc.


3. Depending on the type of chemical bonds:

1. In homodetic peptides, amino acid monomers are joined by peptide bonds only.

Peptides that contain monomers of only one amino acid in their molecules are called homo poly-amino acids. Regular peptides contain the similar repetitive portions of one or several amino acid residues. Heteromeric, heterodetic peptides constitute a special group of peptides known as depsipeptides. Homomeric and heteromeric peptides can be linear or cyclic.


4. Depending on their activity:

1. Peptides that stimulate production of extracellular matrix components (matrikines) – these peptides contain no more than 20 amino acid monomers. They are formed during enzymatic hydrolysis of structural components of dermal matrix, i.e. the proteins like collagen, elastin, and fibronectin, when a wound is naturally cleaned before it starts healing. The matrikines transmit signals to fibroblasts, which start producing new components of the matrix in order to substitute the destroyed ones. The following are matrikines: Palmitoyl Pentapeptide-3, Palmitoyl Oligopeptide, Palmitoyl Tripeptide-1, Acetyl Tripeptide-11 etc.

2. Stabilizing peptides have a general strengthening effect on skin and increase its protective properties from stratum corneum up to dermal matrix. They include the following: Prezatide Copper Acetate, Diaminopropionoyl Tripeptide-33, Tripeptide-1, Hexapeptide-11 etc.

3. Peptides that inhibit muscle contractions – these peptides block signals to contract that are sent through the nervous system to muscle fibers. Their activity can be compared to that of the botulinum toxin, although in case of peptides the effect is less pronounced. They are the following: Acetyl Hexapeptide-3, Pentapeptide-18, Pentapeptide-3, Acetyl Hexapeptide-25,Dipeptide Diaminobutyroyl Benzylamide Diacetate etc.

4. Peptides that regulate melanogenesis – these peptides affect the process of melanogenesis, either reducing or increasing production of pigment under the influence of UV rays. These include Palmitoyl Tripeptide-30, Acetyl Hexapeptide-1, Nonapeptide-1 etc.

6. Peptides as neurotransmitters – these peptides play an important part in nervous regulation and cell signaling. They are the following: Acetyl Dipeptide-1 Cetyl Ester, endorphins etc.


7. Peptides that improve microcirculation and lymph flow – these peptides strengthen blood vessel walls. An example of such peptides is Acetyl Tetrapeptide-5.

Glycolic Acid, or Hydroxyacetic Acid, has the smallest molecule among all alpha hydroxy acids. Thanks to this fact, it facilitates transdermal delivery of other important substances. It is capable of exfoliating dead cells and demonstrates anti-inflammatory properties.

Lactic Acid, also known as Alpha-hydroxy Propionic Acid or Milk Acid, is an alpha hydroxy acid. It is a component of skin’s natural moisturizing factor (NMF) and provides a considerable moisturizing effect.

Argireline, or Acetyl Hexapeptide, is a peptide that blocks the release of catecholamine during transmission of nerve impulses. It inhibits contractions of the muscles responsible for occurrence of fine lines as it prevents signaling molecules of protein neurotransmitter (catecholamine) from joining skin receptors. Its effect can be compared to the effect of the botulinum toxin type A, the only difference being that in case of argireline there is no mimic paralysis.

Matrixyl, or Palmitoyl Pentapeptide-4, is a peptide that stimulates renewal of such matrix components of the dermis as collagen, elastin, fibronectin, and flycosaminoglycans. It has a delayed effect and is capable of improving tightness, strength, and overall appearance of mature skin in the long run.

Palmitoyl Oligopeptidе is a peptide with unique properties. It is capable of preventing hyperpigmentation, whitening and reducing existing pigment spots, thanks to its ability to slow down degradation of extracellular matrix and accelerate its regeneration.

Palmitoyl Tetrapeptide-3 is an active complex consisting of purified soy and rice peptides, which acts as an antioxidant. It inhibits elastase and collagenase, which break down elastin and collagen respectively, and normalizes the synthesis of these important proteins.

Rigin, or Palmitoyl Tetrapeptide-7, is a peptide that deactivates mediators of inflammation, which trigger acute inflammatory response. It considerably reduces production of interleukins, especially IL-6, a pro-inflammatory cytokine, produced in significantly larger amounts with age. Rigin is capable of restoring cytokine balance and rejuvenating skin as a result.

Sodium Hyaluronate is a peptide that is capable of capturing moisture. It makes skin smooth and replenishes moisture down to the deep skin layers.

Actifirm TS is a complex that contains centella asiatica extract and echinacea extract. It stimulates the production of collagen, elastin, and hyaluronic acid by fibroblasts. By doing this, it improves skin tightness and helps to smooth lines and wrinkles.

It is required to stop using retinoids, both oral and topical, 2 weeks prior to the peel treatment. Any skin damaging treatments, e.g. dermabrasion or laser skin resurfacing, should be performed at least 2 months prior to the alpha peptide peel. Products containing benzoyl peroxide (benzoperoxide), which are normally used to treat acne, are prohibited within 3-4 days before the peel. Patients with a history of herpes infection should undergo preventive treatment 2-3 weeks prior to the peel. One day prior to the peel, a doctor determines whether patient’s skin is hypersensitive to the peel solution. The doctor should check patient’s medical history in order to find out if there are any contraindications for the peel.

DermaQuest Skin Therapy products that are used for an alpha peptide peel treatment are the following:

For delicate and dry skin
Cleanser for delicate and sensitive skin (Delicate Skin Cleanser). This is milk based on argan oil, which effectively cleanses skin and removes make-up.

6. Skin moisturization, soothing and nourishment
Proactive B5 serum (Advanced B5 Serum). This is a universal serum for all types of skin, which has a moisturizing and soothing effect and contains hyaluronic acid and panthenol (vitamin B5).

Peptide serum (Peptide Mobilizer). It can be used around eyes and on other face areas. Its effect is similar to that of botulinum toxin. It effectively reduces wrinkles and stimulates collagen production in mature skin.

7. Skin protection
Sunscreen with SPF 30 (ZinClear SPF 30) is based on micronized zinc and suits all skin types.


1. Start by removing make-up and cleansing skin. Apply the cleanser to damp skin following massage lines, wash it off with warm water and make skin dry.

2. Skin tonization. Using cotton pads, apply the tonic to skin on the face and neck.

3. Use DermaPrime solution for pre-peel. Wipe the forehead, cheeks, chin, and nose using cotton pads. Avoid the areas around eyes and lips. Give it 2 minutes to dry.

4. The peel solution is applied with fingers or a brush to the forehead, cheeks, chin, cheekbones, nose, neck, and décolleté area. Time of exposition can reach 10 minutes (the doctor determines individual time of exposition, considering characteristics of patient’s skin). To achieve better results, slight face massage is recommended; one should apply a bit of the peel solution to fingers for better sliding of hands during the massage. It is not recommended to leave a film on skin. A cosmetologist should wear medical gloves while applying the peel solution. If any tingling or burning sensation occurs during the treatment, it is allowed to use a ventilator or a fan to reduce the amount of unpleasant sensations.

5. The neutralizing solution is applied when the time of exposition is over or in case of any negative unexpected results. It is applied with cotton pads in reverse order of application.

6. The face is washed with large amounts of cool water. A cold compress is applied to the face for 5-10 minutes.

The time required for the peel treatment is about 30-35 minutes.

For the purposes of skin care, one should use moisturizing, anti-inflammatory, regenerating, and antioxidant products twice a day. A cosmetician should pick the right products taking in consideration patient’s skin type and skin problems. Sunscreen with SPF no lower than 30 needs to be applied every time one goes outside. Both sunbathing and indoor tanning are prohibited between the treatments and within three weeks after the last peel.

It is not recommended to go in a sauna or a bathhouse or to do physical exercise within 3 days after the treatment.

Alpha peptide resurfacing consists of 6-10 peel treatments performed every week or every two weeks once or twice a year. It can be performed independently or as a part of anti-aging programs (including mesotherapy, biorevitalization, Botox injections).
Alpha peptide peel can be used as a preparation for microcrystal dermabrasion and laser skin resurfacing.


The Results of an Alpha Peptide Resurfacing

The results of the alpha peptide peel are visible even after the first treatment. However, the ultimate result is achieved in a month or a month and a half after the last treatment.